You are here: Home / News / BAFSA fire sprinkler conference – the sprinkler event of 2018 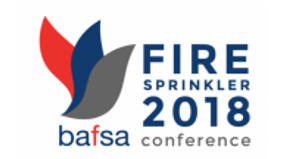 The British Automatic Fire Sprinkler Association (BAFSA) are once again offering an inspiring and dynamic programme at their annual fire sprinkler conference, which takes place at the Marriott Forest of Arden on Wednesday 14th November. Find out more about the event, including ticket prices, and book places here.

This is a unique event for the UK’s fire protection and building professionals, which endeavours to address many of the questions raised by the many horrific fires which have devastated families and destroyed communities and businesses in the past year.

Keynote speakers include Dany Cotton, Commissioner of the London Fire Brigade (LFB) and David Stewart MSP, both vociferous campaigners for the retrofitting of fire sprinklers in residential tower blocks and all schools.

In 2007 sprinklers were made compulsory in all new-build blocks over 30 metres high, but despite the tragedy at Grenfell Tower in June 2017, there is still no mandatory requirement for the retrofitting of fire sprinklers in older blocks.

Key topics for discussion at the BAFSA conference include:

As well as the hugely topical address from Dany Cotton and David Stewart, the conference will also showcase all of the latest sprinkler technology, products and systems and provide a networking and engagement opportunity for all delegates.

This is an annual event that should be in the diary of anyone in the fire protection and building industries.